Do We Really Deserve a Netrebko Effect? A Rollins Effect?

In 2007, the outstanding American tenor Brandon Jovanovich won the annual Richard Tucker Award, reserved for “an American singer poised on the edge of a major national and international career.” Past Tucker honorees include Renee Fleming, Jennifer Larmore, and Stephanie Blythe; so Mr. Jovanovich’s accomplishment was no small beer.

Yet, on November 15, in an article by Associated Press veteran reporter Mike Silverman, we learned that “Brandon Jovanovich, a young American tenor” fell victim to what Silverman described as The Netrebko Effect. The bottom line: In a variety show opera gala on behalf of the Richard Tucker Foundation, Brandon had the misfortune of following performances by the charismatic, supremely gifted soprano Anna Netrebko not once but twice. You can read the performance details here. The review offered advice as well as faint praise:


“. . . try to make sure you don’t go on right after Anna Netrebko,” cautioned Mr. Silverman. . . “Jovanovich followed, singing an aria from Lehar’s last operetta, Gluditta, with ardor and impressive volume. But it inevitably seemed a bit anti-climactic.”

A Rollins Effect? It also sparked my recollection of a 1989 Times review when the saxophonist Branford Marsalis sat in at Carnegie Hall with Sonny Rollins and his quartet. Marsalis, an accomplished reed man,  proved no match for the Saxophone Colossus. Times reviewer Jon Pareles was there:

The Rollins Effect? Poor Mr. Marsalis. When he joined the [Rollins] group, offering solos that would sound thoughtful and shapely elsewhere, Mr. Rollins outgunned him with a mixture of raw vitality and a higher calculus of harmony. . . It was no shame for Mr. Marsalis to be outplayed; when Mr. Rollins is in such remarkable form, hardly any musician alive could keep up with him.” 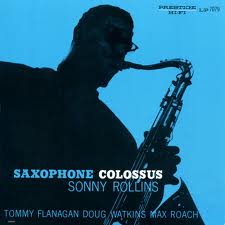 A Psychological Basis for the Effect. Brandon and Branford tasted collateral damage via two related biases that cognitive psychologists insist alter judgment: anchoring and the contrast effect. Experience exceptional quality, and it will become your perceptual and judgmental reference point (i.e., anchor), casting a halo that accentuates the contrast with whatever immediately follows. Pour me a glass of Chateau Mouton-Rothschild 1945 and the magic of a subsequent quaff of Ripple will be agonizingly diminished. (apologies to Fred Sanford) 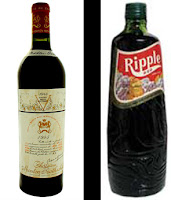 Be Careful What You Wish for. Please tell us, Mr. Silverman, that in coining the Netrebko Effect you did not aspire to invest it with generic status. It doesn't work in the business world. Companies dread of having products so dominant that their brand names become generic. That can vitiate the uniqueness of those brands and ultimately threaten the sanctity of their copyrights. (A sure sign of the affliction is when a product name morphs into a verb—I xerox pages, You spackle walls, Ex-wife spams Wig & Pen.)

Although The Netrebko Effect does evoke the nomenclatural mystique of a Cold War chess ploy, it, like Googling between the sheets, might unlock a bees’ nest of bad vibes. Imagine Angela Gheorghiu discovering in the morning papers that her Netrebko-quality performance as Mimi the previous night had eclipsed her estimable costar, Ramon Vargas.

Would tangled up in Netrebko prove a back-handed compliment?--a distinction that might provoke her to trill:

Crossing the Bosphorous: When Does Collecting Become Obsessive? 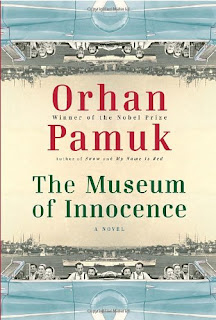 If Turkish Nobelist Orhan Pamuk’s recent novel, The Museum of Innocence, were a quiz show, it might be called, What’s My Obsession? Set in Istanbul and running into the first years of the millenium,  the 530-page volume explores several untidy fixations, each which holds viscous fingers with its successor. The central character, Kemal Basmaci, (the author's demographic doppelganger) embraces a multi-decade obsession over a beautiful young woman.  That begets a second obsession--his compulsive collecting from their trysts and subsequent meetings of artifacts like earrings, barrettes, lipstick dispensers, and lipstick tinted cigarette butts. (Such keepsakes allow him to recapture the relationship in its brief bloom.)

When all prospects for the union dissolve, Kemal turns to more systematic, more febrile collecting with the aim of building a museum in homage to the relationship. Finally--call it performance art, call it life emulating art--Pamuk in real life has avidly taken up research and collecting to build his own museum on behalf of his book. A ticket in every copy will get you into the museum when it opens next year in  Istanbul's Cukurcuma neighborhood.

'Tis a Pity He’s a Hoarder. When does collecting become obsessive? Much of the bad rap focuses on hoarding. The rapaciousness of hoarders bursts through the levees of personal order, spawning hyper-cluttered living spaces and mental and emotional dysfunction. If you suspect a hoarder in your midst or under your hat, you'll find a handy visual diagnostic on Amazon.com dished out by Smith College Professor Randy O. Frost and Gail Steketee--the authors of Stuff, a field guide to the hoarding lifestyle. (the diagnostic--Clutter Image Rating Photos--is half-way down the Amazon page.)  And if a case for intervention overflows, seek out a behavioral specialist or your nearest chapter of the twelve-step confederation, Clutterers Anonymous.
﻿
﻿ Next Stop, Obsessionville. But is our fixation on hoarding a red herring?  Do you really need as a collector to be a card-carrying hoarder to touch down in Obsessionville? For his museum, which ultimately housed thousands of objects (including 4,213 cigarette butts and a quince grinder), Kemal did research at 5,723 specialty museums on five continents. Pamuk himself has visited several hundred specialty museums, many of them in research for his book and his own museum, which will house 83 substantial wooden crates--one for each chapter of the book--filled with buttons, barrettes, cigarette lighters, clocks, china dogs, bird cages, a trycycle, the quince grinder, those cigarette butts, and much, much more.


Kemal and Pamuk’s collecting impulses must be rooted in our species’ adaptive biology. In hunting and gathering societies, “gathering” typically involves encyclopedic knowledge of one’s environment—knowing what is safe to eat and otherwise consume and what might send you for deliverance to your witchdoctor-proctologist. At the same time, classifying and collecting offer parallel aesthetic and cerebral pleasures. As Levi-Strauss may or may not have said, Ordering our world into categories is good to think.

Rx: Sample and Satisfice. In their research, both of our collectors might have settled for a representative sample of artifacts. Or they might have satisficed by settling on acceptable, functional collecting outcomes. But both desired more. Both pushed beyond the centripetal pull of satisficing, where the air gets thin and the seductions of completism hold greater sway. Organized collecting, not hoarding, was and is their game, but haven't they themselves been gamed by their collecting compulsions, those relentless hoarders of Kemal and Orhan's scarce time and energies?

Take it from Pamuk himself. In an October 2009 New York Times article, Negar Azimi, visitng with Pamuk at his future museum, revealed an ambivalent Nobelist:

Today, he announced, he was depressed:

I am a writer. I have books to write. What am I doing building this museum?

A story in the November 2 issue of The Daily Hampshire Gazette gives new cred to Amherst, Massachusetts’ hard-earned reputation as a Valhalla of politically correct gestures and improvisations. The Gazette reported that on October 29th, more than 30 bicyclists descended on a local street “riding in and out” and “causing difficulties for vehicles using the road.” Then, a Hummer rolled onto the scene, betraying  the audacity to honk. The cyclists—perhaps sporting deep-seated aspirations to experience the fraternal ways of heavy metal bikers--surrounded the behemoth when it stopped at a red light. According to The Gazette, the Hummer took blows and saliva from the throng. Then, a cyclist lowered his bike onto the ground, challenging the driver to crush it when the light turned green. According to The Gazette (and the Amherst police), the Hummer “went over a portion of the back wheel of the bicycle, causing minor damage, before leaving the scene.”

GM Buys Hummer. Several years ago, in a visit to Amherst at the University of Massachusetts, former General Motors chairman Jack Smith told a public gathering how the Hummer became a satrapy of GM. In the late 1990s, Smith and his wife were vacationing on the Cape. Both took a fancy to the vehicles, impressed by their successful navigation of the Cape’s variegated terrain. When Smith saw an opportunity to buy the Hummer from AM General in 1998, he and General Motors pounced. They scarfed up the brand name and marketing rights to the military’s Hummer H1 and to the civilian Hummer H2 and H3. Unfortunately for GM, the Hummer soon became a public relations albatross—a brand that exemplified the ultimate in conspicuous, wasteful carbon consumption in a new era of greater fuel efficiency and hybrid automobiles (not to mention GM’s just-released Chevy Volt).

Life after Death. For some, the lumbering vehicle also became a trope for GMC’s own supersize and lack of agility. Long after Smith’s retirement, when General Motors filed for Chapter 11 bankruptcy in June 2009, the Hummer Division became an unwelcome asset. From then through February 2010, the Hummer’s principal suitor was the Shanghai automaker, Sichuan Tengzhong Heavy Machinery, which ultimately got cold feet. That’s when General Motors began winding down Hummer’s operations. The final Hummer rolled off the assembly line in Shreveport, Louisiana in May. But as the Amherst imbroglio suggests, there may yet be a spirited afterlife for the deceased. In towns like Amherst and maybe even the history books, the Hummer may well live on as a touchstone of carbon profligacy and waste.