Snowplows and practitioners of mailbox baseball have an imposing target in the Hadley, Massachusetts mailbox above—a true fixer-upper triumph. Still, in homage to The Three Little Pigs  playbook on innovation, the resilient Amherst mailbox below must  rule as "best" (c.f.  house of bricks) to Hadley's "better" (c.f., house of wood). If an automatic weapons ban becomes the law of the land, the Amherst mashup will surely keep the wolf from the mailbox door.

You may recall that  mailbox baseball gained its higher profile with Rob Reiner’s second directorial effort, Stand by Me. You can witness Kiefer Sutherland's clear potential for future mayhem (both on and off the set) in the clip below. (apologies for the subtitles)

This blog would be remiss by failing to note that in every at-bat, sultans of mailbox swat commit a federal crime with career-changing  consequences: 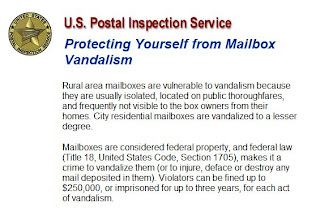 Wig & Pen, of course, advocates the full wrath of federal law toward all mailbox miscreants. But it reserves greater wrath still for those who wield unsporting metal bats. True, today’s maple bats lack the durability and overall mojo of their ash predecessors, but that's no excuse for flailing with the equivalent of a (metal) bat on steroids. Still, in the ash-to-maple controversy, the folks in Louisville are in denial. According to a friend who recently took the Louisville Slugger factory tour, a representative of the company ties bat fragility not to inferior wood but to lapsed values among baseball players and you, the consumer. “Remember how when you were a kid they told you to hold the bat’s label toward yourself for bat protection?” he asked. “We've lost that sense of responsibility--Nobody does that anymore.” 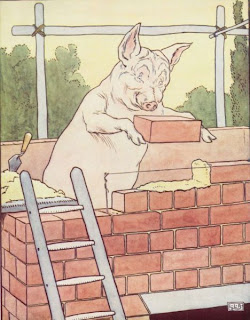 Have you ever seen a photo of a fallen college athlete as tastelessly intrusive as this one?  When Jesse Morgan, a shooting guard and  team leader with the UMass Amherst Minutemen, went down near the sideline  in a January 13 game against Fordham, an AP photographer captured the moment. Two  days later, after the team fessed up that Morgan’s season was over with a torn ACL, the Northampton, Massachusetts-based Daily Hampshire Gazette ran the macabre photo. “It’s Isenheim worthy,” commented a friend, alluding to the expressionist crucifixion in Grunewald's iconic Isenheim Altarpiece.
Friends who have followed college basketball for 50+ years say that they’ve never seen anything quite like the photo of Morgan with its max headroom intrusiveness.  We give many of our high-profile college athletes  generous scholarship support and celebrity status. In return, we ask much from them, including stressful time commitments and personal risk. Have the Jesse Morgans of the world embraced a faustian social contract that allows for graphic media depiction as practiced by the Gazette? I suspect that the newspaper would have refrained from running a similar photo of Morgan had he fallen on the ice outside the arena. But inside the building, a 21-year-old’s lack of privacy apparently knows no bounds.

Forensics in (Nearly) Everything 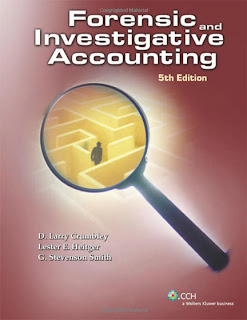 Several years ago, when interviewing a partner at one of the planet’s largest accounting firms, I was wowed by her hard-boiled  take on human nature. Evoking shades of  Brian Wansink’s Mindless Eating, my interviewee likened opportunities for embezzlement and other garden varieties of fraud to the temptation of having a candy dish constantly within arm’s reach. Just as it’s ultimately futile to resist those  M&Ms on your office desk, trusted employees, she noted, may have opportunities to embezzle as a continuing temptation. “. . . even nice people have been known to take inappropriate advantage of opportunities and gaps in control systems,” she emphasized.
My interviewee, in fact, was a practitioner of forensic accounting, a hot house growth area in public accounting. That’s not surprising, considering today’s bouillabaisse of motives, opportunities, and enabling technologies. And as the textbook covers below reveal, it’s not just accounting that offers a forensic career path. Count on it:  A forensic subdiscipline is coming to a profession near you. 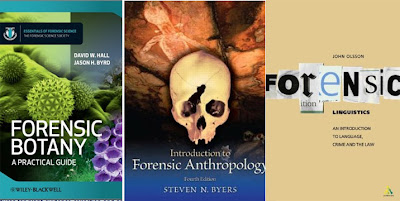 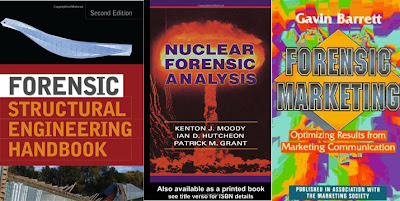