Is Yankee Police Lineup a Feather in Red Sox Caps?


Ben Cherington’s enlightened appointment as Red Sox GM on October 25 was the beginning of  onwards  and upwards for Red Sox Nation. Here’s another positive development. Last week, the New York Times revealed a winsome Yankee lineup.  It’s a police lineup—all beneath the shelter of Yankee caps. Like L.A. (nee Oakland) Raiders apparel, Yankee-branded threads have a perp-friendly cachet that announces, “I’m fashionably bad.” Why does the NYPD periodically assemble lineups in Yankee caps? Answer: The department’s overnight house  guests frequently get nabbed wearing them.  Would someone from Boston’s Finest weigh in on best haberdasherial practices in Beantown lineups?

Unmasked & Anonymous at the Woodstar Cafe 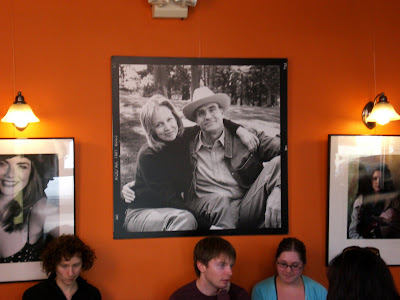 I must have passed by the above photo at the Woodstar Cafe in Northampton, Massachusetts  a dozen times without recognizing its famous subject(s). The photograph is on the wall opposite the café’s entrance; it’s the centerpiece in a mini exhibit (including arresting shots of  Woodstar baristas) by the New Hampshire/Berkshires photographer Edward Acker. Fortunately, on Sunday morning, I  found myself seated in a corner by the front door—the only seat in the house that directly faces the photograph. Having difficulty with the Times crossword, I raised my head  and found myself staring at the photograph and its inhabitants--James Taylor and his extraordinary partner  Kim Smedvig. It was a eureka moment for sure, which I shared with perhaps a dozen folks in the vicinity, including several Woodstar employees. And had any of them recognized JT and Kim before I spilled the beans? Not a one. How about you? To be sure, their secret is unsafe with this paparazzo of a blog. 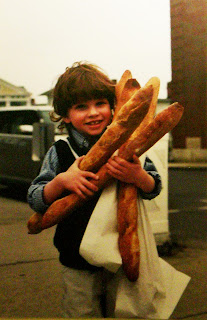 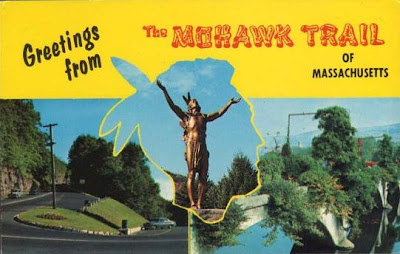 The frisson of unforeseen consequences! Who’da thunk that the posturings of Hurricane Irene in August would lock down the annual Mohawk Trail (Route 2) hegira of  leaf peepers in October?  At the beginning of the month, the Massachusetts Department of Transportation announced that a six-mile mountainous stretch on the trail between western Charlemont and the evocatively named township of Florida would remain closed until mid-December. So much for Route 2 completists! To salvage a modicum of that tourist trade, Mass DOT offered the alternative below—a long, forbidding route with few amenities and its own Irenic souvenirs.
On Columbus Day, Wig & Pen set out from Amherst to experience the end of the beginning (EOB) on the Mohawk Trail. The EOB is just east of a bridge after which Charlemont yields to the town of Savoy—the eastern gateway to the Mohawk Trail’s high country. In spite of electronic signage to the east announcing Route 2 Closed Westbound Savoy, an intermittent stream of motorists, observed by this blogger, drove up to the EOB, winced, and turned around.

East of Charlemont on Route 2 in Greenfield and Shelburne, tourist traffic had been moderate-to almost heavy. Roadside business—minus the motels—seemed brisk. But west of Charlemont center, traffic thinned. The shop at Indian Plaza—a destination for intertribal powwows—was shuttered for the season. (the powwows have continued on higher ground) During Irene, two feet of muck had washed onto the premises after the Deerfield River had overflowed its banks, noted the establishment’s owner. A week before, he and others had implored town officials to drain water via a nearby canal and dam. The town, he said, turned them down, because it would have damaged what was left of the summer rafting season.


Did any of the local shopkeepers have weather insurance? “Way too small for that,” responded the proprietor, doing his best to mask his amusement over an outsider’s absurd notion.

Was Ken Burns’ Prohibition Good for the Spirits?

Half a lifetime ago, an older woman in my graduate program cattily inquired, “Are you a serious drinker?”  My patented response: “Not at all.  .  . I’m a ridiculous drinker!” That’s because the Wig & Pen liquid-seeking machine (a.k.a. this blogger) comes with a  homeostatic metabolism that makes more than a couple of drinks more trouble than they’re worth.

That includes drinking while watching TV—even during the most malicious sporting events. But last week offered a notable exception. Ken Burns and Lynn Novick’s Prohibition—their latest and often brilliant social history—served up among many, many things a 5-hour hammering in generic product placement. For 5+ hours, the yang of  WCTU, Anti-Saloon League, and Carrie Nation alternated with the yin of toasting in bars,  partying in speakeasies, and--above all--the sensuous, aesthetically captivating flow of spirits from bottles into glasses. Given the unrelenting cadences and heavenly lengths of Burns and Novick’s production, who (besides the great granddaughters of the WCTU) would spite me for dispatching a beer with each episode?
The greater question, of course, is--was there a national spike in alcohol consumption during the airing?  And if you lack the will and resources to settle that matter, what transpired in front of your  own TV during the nights of October 1st, 2nd, and 3rd?