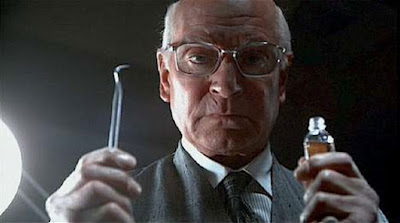 During my wonder years in Worcester, Massachusetts during the 50s and 60s, my dentist father became my “Uncle Tungsten” (homage to Oliver Sacks).  For me, his dental practice was a key supply chain node for my unventilated home chemistry experiments. While still in primary school, I got to know mercury first-hand (literally) via the “Mexican jumping beans”  that he brought home—mercury inside taped pill capsules. Their random saltations were entertaining, but no match for the tactile thrill of cutting open the caps and fondling quicksilver as the Lord intended it to be fondled. 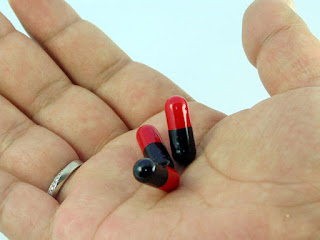 More frustrating were my failed attempts to ignite asbestos squares filched from his office lab. In a more positive light, I secured all sorts of neat ingredients for my chemistry set, like the winning combination of iodine and magnesium powder. (see below)

The “office” offered opportunities for physical as well as chemical changes. As an eight-year old, I gave little Stevie Rubin a ride on a dental chair in an unoccupied room. He insisted on going to the top. When he reached the summit and I flashed an extractor, he interrupted my father and legit dentistry in the next room. (The lesson here is never to climb Mount McKinley without a well-conceived plan for your descent.)

Public Policy Diversions
In Worcester, my father was a hapless proponent of fluoridation, tasting defeat in referendum after referendum. “But Leo,” my maternal grandfather queried, “hasn’t losing those contests been good for business?” Worcester remains unfluoridated in 2015. Dr. Strangelove's Buck Turgidson (George C. Scott) would have approved:  No adulteration of precious bodily fluids in Worcester, a.k.a. the Heart of the Commonwealth. 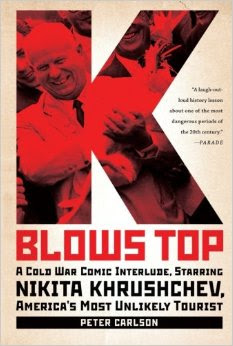 Dentists in Worcester and, for that matter, all 49 states (Hawaii was still a territory), did, however, taste public acclaim in  September 1959, when the American Dental Association, including my father, gathered at the Waldorf Astoria Hotel for their 100th annual convention. According to  Peter Carlson, author of that road movie of a book,  K Blows Top, it was the largest assemblage of dentists in history, more than 30,000 strong.

As the convention convened, the  ADA’s president received letters from New York mayor Robert Wagner and State Department chief of protocol Wiley T. Buchanan demanding that the dentists give up the Grand Ballroom on the 17th so that Wagner could host a luncheon for Khrushchev.  The ADA’s president was defiant and Wagner and Buchanan caved.

Khrushchev's hosts moved the luncheon to the nearby Commodore Hotel and the dentists emerged as Cold War heroes.  For many who had rightly viewed 1950s dentistry with dread, it was deeply satisfying to imagine the profession’s perio probes, water picks, and hatchets trained away from them and toward Mr. Khrushchev.

Fighting the good fight is never an easy assignment.
Hank